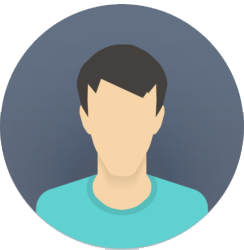 Welcome to Brisbane Autoshop. Please let me know if I can offer assistance with anything.
Our Services
Home / Alternators Batteries
(04) 2384 5744

The modern Automotive charging system hasn’t changed in over a few decades. We all are pretty much satisfied with how the same old charging system works to provide constant electric power. The automotive charging system has three main components: the battery, an alternator and the voltage regulator. Most people believe that the battery is the main component that powers all the electrical power in your car and that is why you need to be extra carefully with car battery replacement Brisbane however that’s not the case. The main component is the alternator. The battery basically just provides the energy that starts the alternator, which can then keep the car going until you turn it off. Let's break it down a little bit more and know how car battery replacement plays a major role in a vehicle.

The battery is one of the main components of a cars charging system because it provides the initial little spark necessary to start the engine and hence need to see car battery replacement on regular intervals. Once the engine starts, all the responsibilities of the cars electronics then shift to the alternator. A cars battery has limited power. A car could only run for a few miles with that power source alone. This is where the main component of the system comes in- the alternator. Nicknamed as the mini generator, the alternator generates enough electricity to keep the battery charged as well as keep the electronic components like your radio and lights turned on. This will all keep chugging along until the car is completely turned off. After that, the process starts again. A cars battery is nothing without the alternator. That’s why you should get it properly serviced to reduce the risk of break downs.

Think of your car as a team of football players, and you're the coach. Your car needs you to keep it well maintained in order to be at peak performance. If you live in Brisbane city, then Brisbane Auto Shop provides the best car service Brisbane for your new or old cars batteries and alternator. It’s a leading car battery replacements and supplier in Brisbane City, providing the highest quality car battery replacements Brisbane for a fair price.

How Do Alternators Work to Generate Electricity?

An alternator consists of several components that all work together to generate electricity produced by the car movement and battery. As soon as the engine starts, the alternator uses the initial spark of the battery to get its components moving to create a Direct Current (DC) of electricity. The battery produces an alternating current (AC), so without the alternator stabilizing the current, the car would have no power after one revolution of the battery's energy. Once this is in motion, the car will keep going until completely turned off so you can keep driving and listening to music for as long as you please! That’s a basic explanation. Let's break it down a little more.

Book Your Next Car Service

Alternator: Components and Their Functions

Each car requires a different amount of electric power, which is where this component comes in. The Voltage Regulator basically controls the amount of energy that comes from the alternator to the battery to maintain a stable, safe level. If the Voltage happens to rise, the regulator will shut off the power source, so the battery doesn’t overcharge. With this, the battery drains itself and the regulator turns the flow back on to allow the cycle to repeat.

Rotor takes place inside the alternator which is the spinning mass of the battery. This component is attached to other components to drive the belt system. It is also called an electromagnet.

Slip Rings are metal rings that rotate when rubbed by stationary graphite (brush). The connection between the two materials creates a signal and current of energy, then allowing consistent contact and therefore energy for the rotating assembly pieces and external circuit.

Bearings/needle bearings allow the rotor to effectively spin and produce energy. Without this, the rotor has a chance of seizing which ultimately slows down all the energy powered systems.

The stator is considered one of the main components of an alternator. It consists of several wire coils wound on an iron ring that sits outside the rotor. It helps to create a magnetic field which is the starting point of generating electricity.

The Pulley acts as a supportive component for the rotor shaft and drive belt system. It enables power to go from one part of the car to another. Modern cars use multiple pulleys, as they are a lot quieter than the original method of metal chains. Think of pulleys as roads for energy to move on.

The noticeable symptom of a bad alternator is poor electrical power, such as a battery taking longer than usual to turn on the car, or dim lights internally and externally. When you find that the electronic components of the car are not getting enough power, it’s the time to check the Alternator and New and Old Car Battery replacement.

Most modern cars have an indication system that warns you if the alternator or battery is not performing well, but it's not always accurate. Sometimes a partially charged battery indicates the same signs on the dashboard as a flat battery. In this case, you're best to get it checked by a reliable mechanic near me or might need car battery replacement Brisbane. It's not always as simple as a dead battery!